Here's a post about puoli, which is usually a half or a side. Kiitos ideasta to the person who suggested this topic. 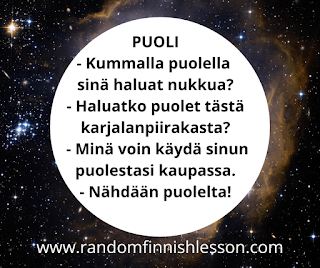 About the author of this blog:

My name is Hanna Männikkölahti, and I am a native Finn who gives private lessons via Skype and simplifies books into easy Finnish. Please leave a comment, if you have something to ask about Finnish or novels in easy Finnish.

And another grammatical quirk for another post idea. I've seen structures like "se on maailman kauneimpia" (I've come up with this example, I hope it's correct) - that is a partitive plural is used with a singular noun to indicate it's belonging to some group. Is there a rule or explanation for that?

Oh yes, in your examples, "puolen" and "puolelle" are the same. "Puolen" sounds a more old-fashioned.

OK, so these are just alternatives that give the sentence a different undertone. Thanks :).

Kiitos paljon! I'm learning a lot with you!! 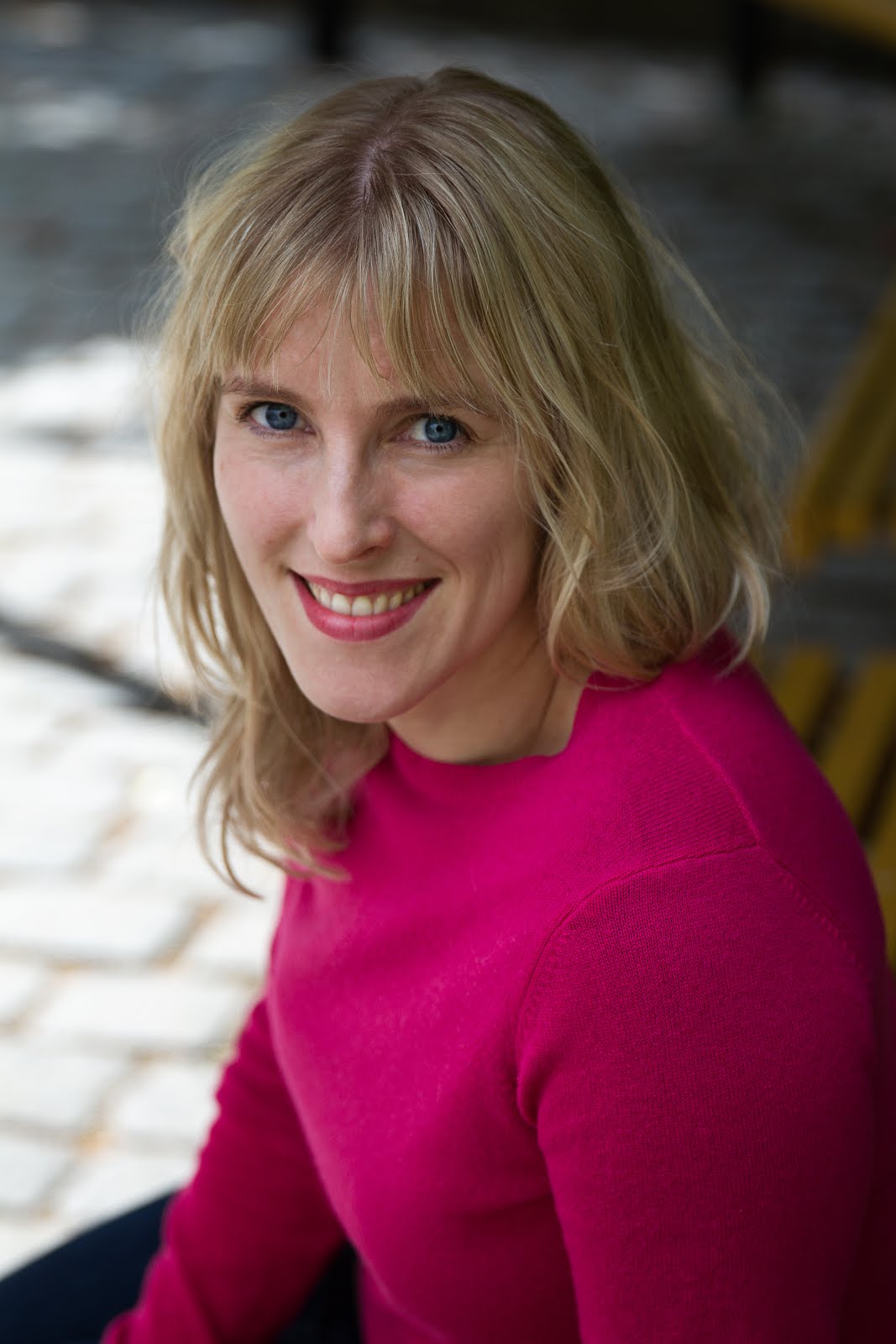